Posted by admin in General Category

Cardboard doesn’t have the best reputation, but we don’t think that’s fair. The most common words surrounding it are “drab, disposable, and flimsy” but in reality, cardboard is one of the most multi-functional and diverse materials around! Sure, it requires a bit of “thinking outside the box” in order to use it to its optimum potential, but with a little glue, tape, handy folding skills, and of course—imagination, almost anything is possible! Best of all, it’s eco-friendly and 100% recyclable. If you don’t believe us, check out this round-up of some of the most creative cardboard constructions:

This cardboard radio is fully capable of picking up AM and FM signals. Or, hook it up to your iPod or MP3 player to play your favourite hits at full blast. Just don’t try using it in the shower. 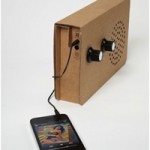 “Green” household products have been all the rage for the past few years, and this cardboard vacuum cleaner certainly redefines the meaning of eco-friendly. Wow! 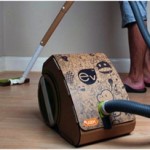 These shoes are 100% biodegradable, and even pretty stylish to boot! (Pun intended) We’re not sure so sure how well they’ll hold up on the walk to work however. 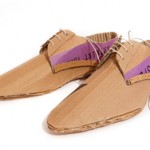 Sure, duct-tape wallets were pretty cool when they first hit the scene a few years ago but in 2013, we’re all about cardboard wallets! 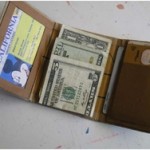 This 21st century version of a classic Victorian picture frame speaks for itself. Who would’ve thought cardboard could ever look this beautiful? 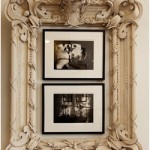 This coffee table is chic, contemporary, and stable! We’re not sure about how well it will hold up to spills though… 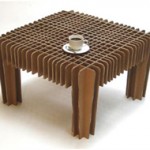 You probably wouldn’t guess it from first glance, but this bike is made almost 100% from cardboard. If you’re wondering how such a contraption can be functional, well…we don’t have an answer, but we do know that it’s capable of supporting riders who weigh over 400 lbs! Talk about green transportation! 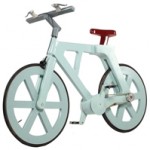 These are just a few examples of the endless possibilities of our favourite building material, cardboard! Hopefully after seeing these awesome creations, next time you go to drop off your cardboard in the recycling bin you’ll be inspired to use your imagination and build an amazing creation instead!